Dr. Richard Leonard is a native of Philadelphia where he graduated with honors from Temple University and its medical school. He did his pediatric training at the University of California in San Francisco, then after a year at the Phoenix Indian Medical Center finished his pediatric residency and a pediatric cardiology fellowship at the Medical College of Virginia.

He spent the next 11 years in southern New Hampshire where he established a successful pediatric practice. In 1988 he moved to Arizona, leaving his snowblower behind, and joined Pediatric Associates. During that time he has served as chairman of pediatrics at Good Samaritan Hospital and many roles at Phoenix Children’s Hospital culminating in his becoming chief of staff in 2002. Seeing that hospital become the focus of pediatric care for much of Arizona has been one of the most rewarding experiences of his life, along with being voted a “Top Doc” and most importantly his relationships with his patients, partners, and his wonderful family. Rich and his wife Stacy, have four children, including identical twin girls, and a grand-daughter. He enjoys hiking, jogging, cooking, theatre, and traveling. 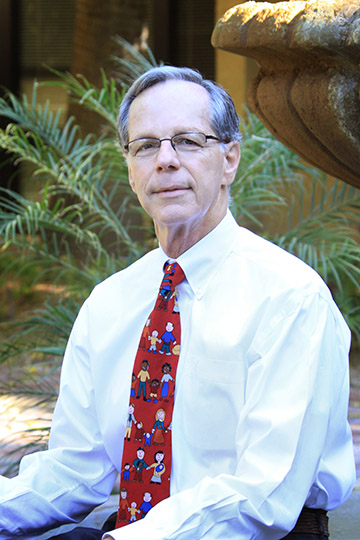